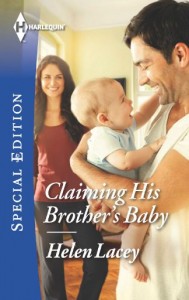 Cassie Duncan knew it was only a matter of time until Tanner McCord tried to sell her house out from under her. Still, the single mom can’t help but be touched by the sacrifices the handsome loner makes for her and her son, even babysitting when she’s sick! She knows he’s keeping secrets—after all, it runs in his family…

Tanner returned to his childhood home in Australia to settle his estranged brother’s estate—not fall for the woman who’d borne his brother’s son. But one look into Cassie Duncan’s blue eyes, and the rancher’s heart was lassoed good and tight. He wants to give Cassie everything she’s been denied…but doing so means confessing the truth about his brother and might ruin their chances at true family…